Paddy Carter, Director of Development Impact Research and Policy, writes about the difference between indirect impact from investments and trickledown economics

CDC is sometimes depicted as practising ‘trickledown economics’ because we invest to raise economic productivity and create growth to lift people out of poverty. Sometimes our investments have a direct impact on poverty, by improving the livelihoods or meeting the needs of low-income sections of society. At other times the direct impact may be felt by the relatively well-off and we are looking for an indirect impact on poverty. How does relying on indirect effects differ from trickledown economics?

Trickledown economics is the discredited idea that if you want to help the poor, your best bet is to increase the incomes of the rich, often by cutting taxes. Supposedly the poor will then benefit as the rich invest and create wealth, and they will also do things like buy expensive goods and services, and that creates jobs for everyone else. The evidence tell us that tax cuts for the rich do not boost growth or reduce unemployment and that investment does not increase after the rich get richer.[1]

Whereas the evidence that investments indirectly help people escape poverty is overwhelming. We know it from historical examples of poverty eradication. As Yuen Yuen Ang, the author of How China Escaped the Poverty Trap, argues, China moved 850 million people out of extreme poverty in a matter of decades by encouraging all manner of private investment. China only recently started directing spending poverty alleviation – for decades the focus was on growth above all else. We also know it from looking at the correlations between investment, national income and poverty rates. As the economist Lant Pritchett puts it, the facts show that overall economic growth is empirically necessary for poverty eradication.

Evidence of indirect linkages and spillovers is all around us. Everyone understands that when a mill closes in a steel town, the impact extends beyond the steel workers.  Careful research finds that for every new job created by foreign direct investment in Mozambique, for example, another 4.4 other jobs were created, that in Costa Rica the entry of multinational corporations that pay higher wages also pushes up wages in domestic firms, and that finance allocated to more productive firms in India increased wages and cut prices. There are many more such examples, and we should not be surprised by these conclusions. Poverty falls when investments accumulate, productivity rises and push up wages over time.

A hypothetical example might help clarify why indirect effects on poverty can differ from trickledown economics. Take an investment in a yacht builder, which might seem like the epitome of trickledown economics. A successful yacht builder could create jobs in a local supply chain, push up local wages and create demand for other businesses. Workers could acquire new skills that they could take elsewhere. Valuable foreign exchange earnings could be generated for the country. This is not a case of increasing the incomes of the wealthy so they can buy more yachts. It’s investing in a business that sell yachts to rich people, which benefits the local economy.

Successful private businesses also usually enrich their owners. That’s true whether the business serves the wealthy or not. A successful business selling low cost clean cookstoves for low income households would create returns for investors too. When we assess the expected development impact of an investment, we never rely on the investment creating more income for the already well-off to trickledown to others.

When CDC considers an investment, we look at the backward linkages (what’s involved in production, including both direct employees and workers in the supply chain) and forward linkages (what the goods and services produced are used for). We prioritise investments that we think will increase the affordability and availability of goods and services that low-income people buy; goods and services that are important inputs to production (such as electricity or fertiliser) where we hope to see really large positive spillovers; and investments that will create better jobs for people who need them. That’s not everything we care about – there is the environment and climate change too – but it covers the economic basics.

The reality is that all businesses have indirect impacts via goods and labour markets, and that is not enough to make them all a priority for our direct investments. That means we would only think about investing in the hypothetical yacht builder if it would create lots of good jobs with an especially strong local supply chain. Sometimes, however, we invest to improve access to finance at the market level. There is ample evidence that underdeveloped financial sectors in Africa and South Asia are a constraint on growth, and that many firms struggle to access the finance they need to grow. That’s why, for example, we might invest in a bank in a frontier market to expand lending to SMEs, with relatively few constraints on the types of businesses that it lends to. Some of those businesses will be restaurants or car repair workshops or others that primarily serve better-off customers.

We do this because our mission is to support the building of businesses throughout Africa and South Asia, and because the evidence tells us that’s how countries will eliminate poverty. It is not trickledown economics.

[1] It is possible that raising the incomes of the better-off might lead to higher investment early in the development process. This paper presents theory and evidence for that argument. 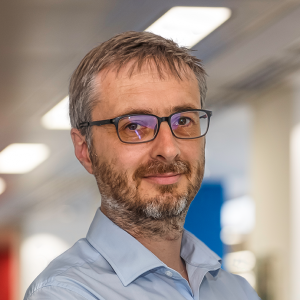