CDC's Pritisha Uttamchandani on how the country is moving towards a sustainable future.

Since joining the infrastructure team, I have been keen to understand the enabling factors contributing to Senegal’s solar and wind renewable energy development relative to other countries in Africa, particularly given few success stories to date outside of South Africa, Egypt and Kenya. A recent trip to visit two solar projects, CDC is invested in through Meridiam Infrastructure Africa Fund (MIAF), helped me find out the answer.

To get to Ten Merina and Senergy we journeyed 50 km north-west of Dakar, passing miles of Baobabs, Senegal’s famous national symbol. Once we arrived in the town of Mekhe, where the projects are located, we were greeted with bustling pockets of activity in the main marketplace but soon found ourselves in the more rural parts of town, passing several half-constructed concrete houses and micro-businesses built on stretches of sand.

Once we arrived, the scale of both projects became clear – each had over 90,000 solar panels stretched across 900 metres and 72 rows.  Combined, the projects deliver 60MW of generation capacity to the grid increasing the supply of reliable electricity to households and industry; increasing firm productivity, facilitating economic growth and job creation.

From the visits to both sites, it was clear that Meridiam and the local community have formed a symbiotic relationship, which has acted as a driving force towards project completion. During the construction phase, Meridiam and its partners FONSIS, Senergy SUARL, Solaire Direct, RMT and Eiffage prioritised local employment and created a recruitment committee to ensure selection was done fairly through a transparent process. The team also introduced a community engagement committee which to date has funded several initiatives specifically for women including a maternity unit, a micro credit facility and a leadership program.

Alongside this, the committee has also been active in electrifying nearby schools and villages and providing local schools with supplies. Looking ahead, the team are seeking to implement a livelihood restoration plan and provide water solutions for communities impacted by the projects. When talking to local representatives, you could sense a strong feeling of pride with many referring positively to the projects’ contributions to the community and the country’s overall development.

Speaking to Karim Ndiaye, Investment Director at MIAF and acting CEO of Senergy PV and Ten Merina, representatives at SENELEC – the national utility – and local communities involved in the projects, I was beginning to piece together the answer to my initial question. How has Senegal been able to catalyse renewable investment when compared to peers across the continent?

The first can be credited to strong political will. Senegalese President Macky Sall placed renewable energy high on his list of national goals and continues to highlight the role it can have on improving energy security, reducing the cost of power and expanding rural electrification. Plan Sénégal Emergent, highlights power sector development as a key area of focus to enable the country to graduate into an emerging economy by 2035.

The second can be attributed to the utility’s consistent messaging to all developers, active in the first round of solar projects. Even with lengthening timelines on closing projects, the utility maintained a fixed generation tariff for all those signed under purchase power agreements, providing more certainty to developers.

Similarly, Kenya’s Utility KPLC has maintained a 12 cent/kWh tariff for the first round of solar projects despite pressure from falling panel prices, providing assurance to developers during the development and financing phase.  There is an important debate to be had here – governments and utilities do need to consider the overall system benefits from lower cost power against negative signalling to the private sector.

However, despite the increased focus on renewables, Senegal’s energy mix continues to be highly dependent on imported oil, with thermal capacity accounting for 86 per cent of electricity dispatched to the grid (90 per cent+ before the time of CDC’s investment in MIAF). Due to this reliance, the sector can be vulnerable to fuel price volatility where the utility requires government subsidies for any revenue shortcomings . In previous years this has been up to $120 million/year (7 per cent of tax revenues). Access to electricity is 61 per cent (higher than the sub-Saharan African average of 37 per cent) but considerable disparity remains between urban (85 per cent) and rural electrification (32 per cent).

Looking to the future

Investors MIAF and Engie have since been awarded two solar PV projects totalling 60MW under the IFC’s Scaling Solar initiative, with record low prices ranging between Euro cents 3.80-3.98/kWh, 60 per cent lower than the previous solar independent power producer tariffs. It should be noted that under the programme, SENELEC has absorbed certain land and associated soft costs outside of the pricing structure but it is clear these projects have set tariff expectations for all future solar projects in the country.

Actis and Maintream’s Lekela’s c.160MW Taiba N’Diaye wind project reached financial close last year and is expected to begin operations this year, which will take Senegal’s renewable penetration as a proportion of the energy mix to an impressive 30 per cent. Although exciting, this can present new challenges related to grid stability because of the intermittent nature of renewable power.

To address this issue SENELEC has expressed an interest in piloting storage and battery technologies and is currently working with the Millennium Challenge Corporation, French Development Bank and Power Africa to implement feasibility studies and test the technical and commerciality of these solutions. Not only will this encourage the utility to build internal technical capacity on storage but if successful is expected to have a strong demonstration effect proving the technology to the rest of the continent. Due to the high cost of these solutions coupled with unproven revenue models, the storage/ battery market is yet to take off at scale. But, given the need, Senegal could very soon become one of the first countries in Africa to pilot this solution.

About Ten Merina and Senergy

We invested in Ten Merina and Senergy through Meridiam Infrastructure Africa Fund. The plants have been operational since July 2017 and November 2017 respectively with 350 local jobs created during the construction phase. Today, Senegal is a front-runner in promoting renewables in West Africa, now representing 22% of total installed renewable capacity. 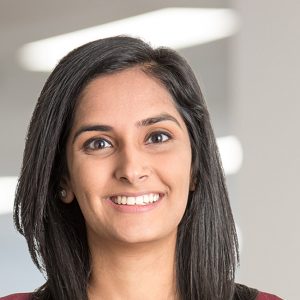 Pritisha is an Impact Professional embedded within CDC’s Infrastructure Team. Her role spans across the investment cycle to evaluate the impact potential of new investment opportunities and monitor investee impact performance across all product lines. Prior to joining CDC in 2016, she worked for UNICEF Nigeria and Citigroup and holds a MSc in International Development and Emerging Economies (with Distinction) from Kings College London.